Soft tissues mainly involve fascia, muscles, tendons, synovium, ligaments, blood vessels and skin. With the help of the soft tissue release system, physicians can accurately assess and cut soft tissue. This reduces postoperative pain, reduces the scarring covered by the wrist crease, and usually allows the patient to resume some normal activities in a short period. 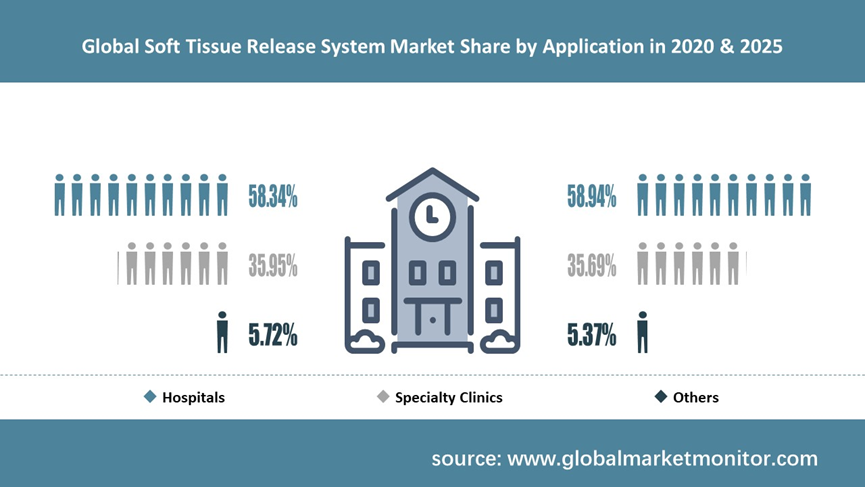 With the growth of the global economy, the downstream application industry of soft tissue release systems is also expanding, especially in the hospital market.

The cubital soft tissue release system is designed for transecting the transverse carpal ligament and fascia of the cubital tunnel. Single-port endoscopic surgery for cubital tunnel syndrome. It can reduce postoperative pain, reduce scarring, and allow patients to resume some normal activities in a short period.

Plantar fasciitis is one of the most common causes of foot pain, and when conservative treatments fail, surgery is often needed to detach part of the plantar fascia from the heel bone to relieve tension. The Plantar Fasciitis Soft Tissue Release System allows surgeons to perform this procedure through a minimal incision while maintaining complete control and precision.

Gastrocnemius recession soft tissue release system is used in the correction of conditions such as flatfoot, chronic Achilles tendonitis, or equines (commonly called toe walking). Gastrocnemius recession lengthens the muscles and tendons at the back of the leg, allowing the heel to shift downward more natural position.

Tarsal tunnel syndrome is a condition in which the posterior tibial nerve is damaged by repeated compression. The tibial nerve branches off from the sciatic nerve and is then found near the ankle. Some soft tissue release system surgeons also use minimally invasive procedures, making much smaller incisions inside their ankles. Surgeons use tiny instruments to stretch the ligaments. Because the tissue suffers less trauma, the risk of complications and recovery time are both reduced. 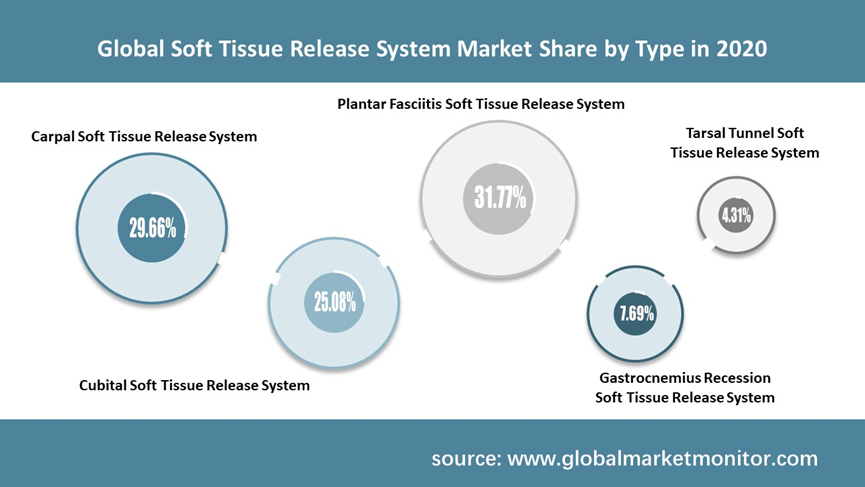 The large population of Asia Pacific provides a large consumer base for the soft tissue delivery systems market. The global aging trend is increasingly serious, and more people are expected to suffer from various soft tissue diseases, which will drive the market demand for soft tissue release systems. Currently, the Asia-Pacific region is the largest market in the global soft tissue release system industry, with a market share of 33.99% in 2015 and 34.57% in 2020, an increase of 0.58%. In 2020, the market shares of North America, Europe, South America, the Middle East and Africa were 30.42%, 26.71%, 4.29%, and 4.01%, respectively. In terms of market development potential, the soft tissue release system market in India, Japan and China is expected to be the fastest growing market.

Soft tissue release system sales companies are mainly from North America, and the industry concentration is low. The top three companies are Arthrex, MicroAire Surgical Instruments, and A.M. Surgical with 2019 revenue market shares of 4.25%, 3.33%, and 1.95%, respectively. 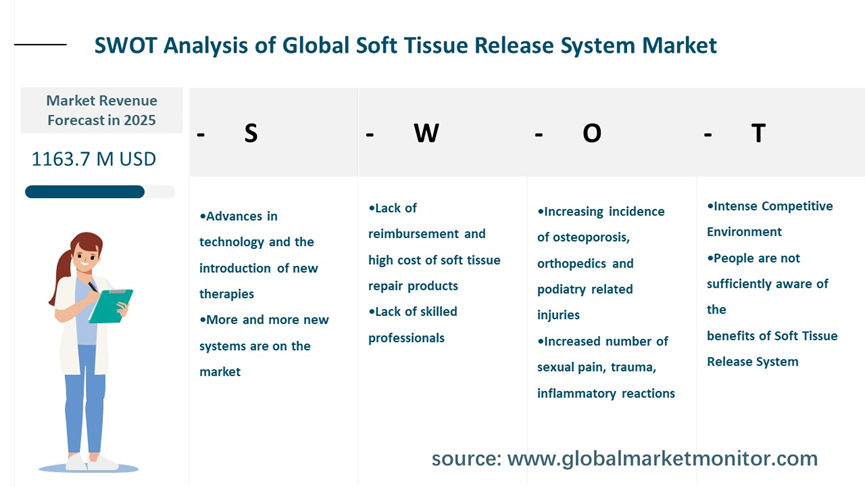