Sterilization Containers are a reusable, rigid system used for the hospital of instruments during sterilization, which can kill all microorganisms on the vector, including bacterial spores and non-pathogenic microorganisms. In recent years, as human living standards has improved, people have made great efforts to manufacture sterilization equipment with more perfect performance, safer use and higher cost performance for the requirements for sterilization are getting higher and higher, thus promoting the vigorous development of disinfection and sterilization industry. 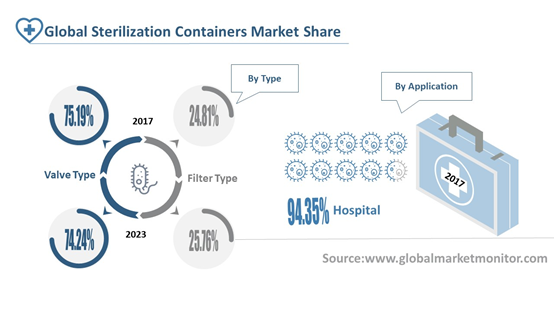 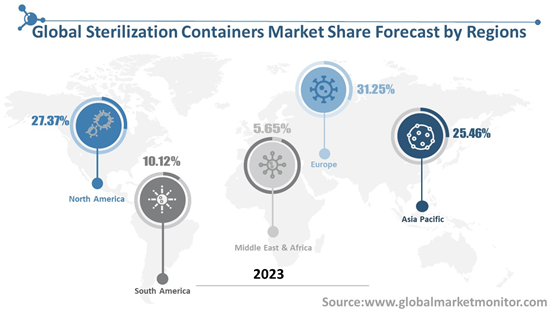 The medical technology level of Germany ranks at the forefront in the world, ranking among the top three in the EU countries. The high-tech precision instruments manufactured in Germany are famous all over the world, basically monopolizing the high-end medical device market and occupying the highest market share in Europe. In the United States, a series of government acts continue to promote the development of the medical information industry, so the demand for sterilization containers is also rising unprecedentably, making it the largest sterilization containers market in North America.

Sterilization containers enterprises are mainly concentrated in North America and Europe, and the Asia Pacific region is also booming. The top three companies are Aesculap, Wagner and CareFusion (BD), with revenue share of 45.74%, 8.66% and 3.67% respectively in 2017. The market is dominated by Aesculap. Sterilization container system products by it are recognized by thousands of satisfied customers around the world for product quality, clinical efficacy and outstanding customer service. Aesculap sterile containers come in a variety of sizes, from wide body to extra-long mini, to meet your sterile processing needs.

Tap the Potential of Emerging Markets, with Rising Demand for Sterilization Containers

In recent years, rapid economic development around the world, improved medical environment and improved health standards in various countries have promoted the demand growth of sterilization containers. The application of valve type sterilization containers also reduces the operation cost in hospital to a certain extent. Especially in India, Brazil and other emerging countries, the market is vast, but North America and Europe and other developed countries with high industry concentration and mature markets, will still occupy the largest market revenue. In terms of regional growth rate, South America has a large and stable market potential. The Middle East and Africa region, despite its rapid growth in 2018, lacks momentum and markets are unstable. 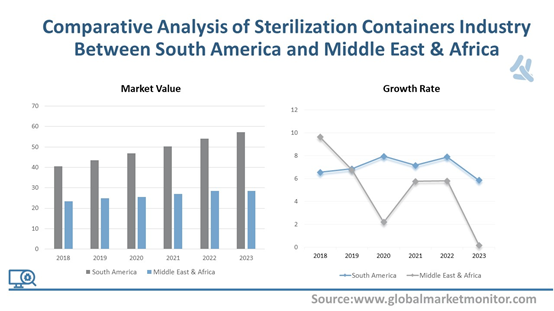 Although the global demand for sterilization containers is soaring, the sterilization containers industry has fierce competition because it is basically monopolized by the high-end market, while the low-end market is highly fragmented, with serious regional imbalance and uneven technology. Companies in this industry should pay more attention to R&D, improve disinfection technology and adopt more efficient raw materials to create product advantages and occupy a higher market share. At the same time, manufacturers everywhere need to be alert to the impact of fluctuating raw-material prices and the threat of alternative products popping up.

Gantry /Cartesian Robots are Conducive to Improving Production Efficiency, With a CAGR of Over 12%

The Market Demand for Copper Sulfate (CAS 7758-98-7) is Growing Steadily, and the Application in Chemical Industry is More and More Widely

The Collagen Peptide Market is Highly Concentrated in Developed Regions , and Developing Regions Have Great Potential