Smart Watches Are Rich in Functions, And Health Monitoring Is the Primary Consideration

With the improvement of people's living standards and the convenience brought by technology, people put forward higher requirements for the convenience and intelligence of electronic products. Wearable devices have achieved rapid growth under the stimulus of both technology and demand. Wireless technology, cloud computing and Al, represented by Bluetooth 5.0, have entered an era of rapid development. Smart wearable devices have developed rapidly, and the industry's prosperity has continued to rise.

Smart Watches Have Entered a Stage of Rapid Growth

Globally, the wearable device market has shown an overall growth trend. According to data, global wearable device shipments reached 336.5 million units in 2019, an increase of 89% year-on-year. In the product structure of wearable devices, wristbands and smart watches accounted for the highest proportions, 22.7% and 20.9% respectively, followed by ear-worn devices accounting for 8.1%.

Smart watches have entered an era of rapid development. With the gradual maturity of hardware innovation in wearable devices and a more complete application ecosystem with smart phones, the listener and scale shipments of smart watches continue to expand, and the entire industry has entered a period of accelerated growth. Data shows that global smartwatch shipments have increased from 20.8 million units in 2015 to approximately 72.02 million units in 2020, and the overall trend is rapid growth. 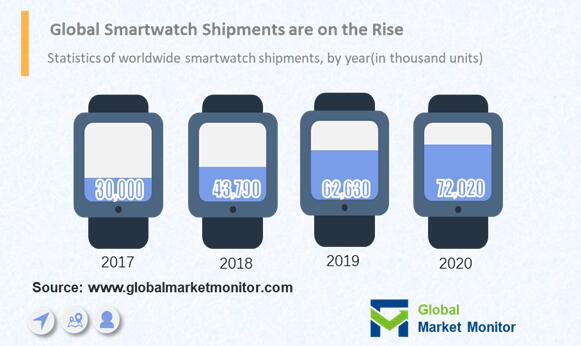 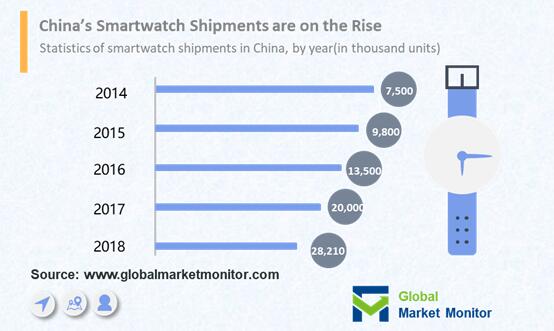 Apple occupies almost half of the global smartwatch market share. With the advancement of technology, the market's recognition of smart phones has increased, and other brands are accelerating their penetration. According to data, in the fourth quarter of 2020, Apple achieved a grand slam in the global smartwatch market with its outstanding Apple Watch Series 6 and SE, with shipments reaching 12.9 million units, increasing its market share to 40%, and Apple is shipping Continue to lead the smart watch market in terms of volume and revenue. Well-known domestic companies such as Huawei, Honor and Xiaomi are actively deploying smart watch tracks, and the smart watch field will begin to become another competitive battlefield for mobile phone manufacturers after smart phones and TWS. Smart Watches Become A New Cut in the Internet of Everything

With the introduction of eSIM cards and the maturity of the smart watch ecosystem, smart watches are gradually getting rid of the stereotype of "mobile phone accessories" and are beginning to be used as independent products. With the rapid entry of terminal manufacturers, smart watches have become a new window for the interconnection of everything. The launch of eSIM has further enhanced the independence of smart watches. Smart watch brands actively promote the development of eSIM. In February 2020, manufacturers such as Apple, Samsung, Huawei, and Xiaomi launched smart watch products that support eSIM. In the 5G era, smart watches that support eSIM cards will become a new entry and node for the Internet of Everything, rather than an accessory to smart phones.

The Aging of the Population Is Intensifying, And Medical and Health Expenses Are Increasing 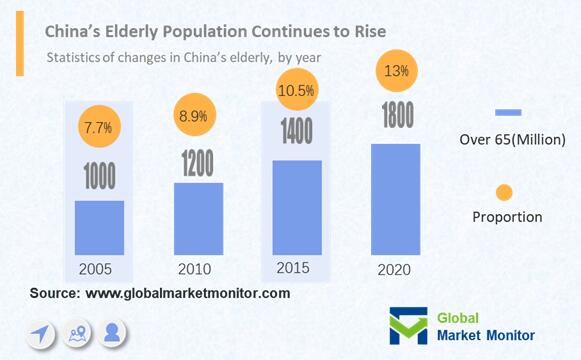 With the increase of per capita disposable income and the increase of residents' health awareness, people's demand for health has begun to be fully released in recent years, and medical and health expenses have also continued to grow steadily. With the further strengthening of social aging and the further development of medical biology and intelligent technology, medical services will cover more people and release more health needs. It is expected that China's medical and health market is expected to remain stable growth and the smart watch industry will definitely benefit.

Inside the Growing Global Chip Shortage

The Carbon Trading Market Continues to Advance, And Independent Carbon Verification Agencies Are Expected to Benefit