Cross-linked with different cyanuric acid is a highly efficient bleach disinfection, storage stability, easy to use, safe, and is widely used in food processing, drinking water, sericulture and rice seed disinfection, almost all of the fungi, bacteria, virus, spores have destroy, to kill hepatitis a and hepatitis b virus (HBV) with special effects, the sex and HIV virus also has good disinfection effect,  Safe and convenient to use, has been used in industrial water, swimming pool water, cleaning agent, hospital, tableware and other bacteriological agent: sericulture and other aquaculture used as sterilizing agent.  Trichloroisocyanuric acid is widely used in disinfectants and fungicides, and is also widely used in industrial production. 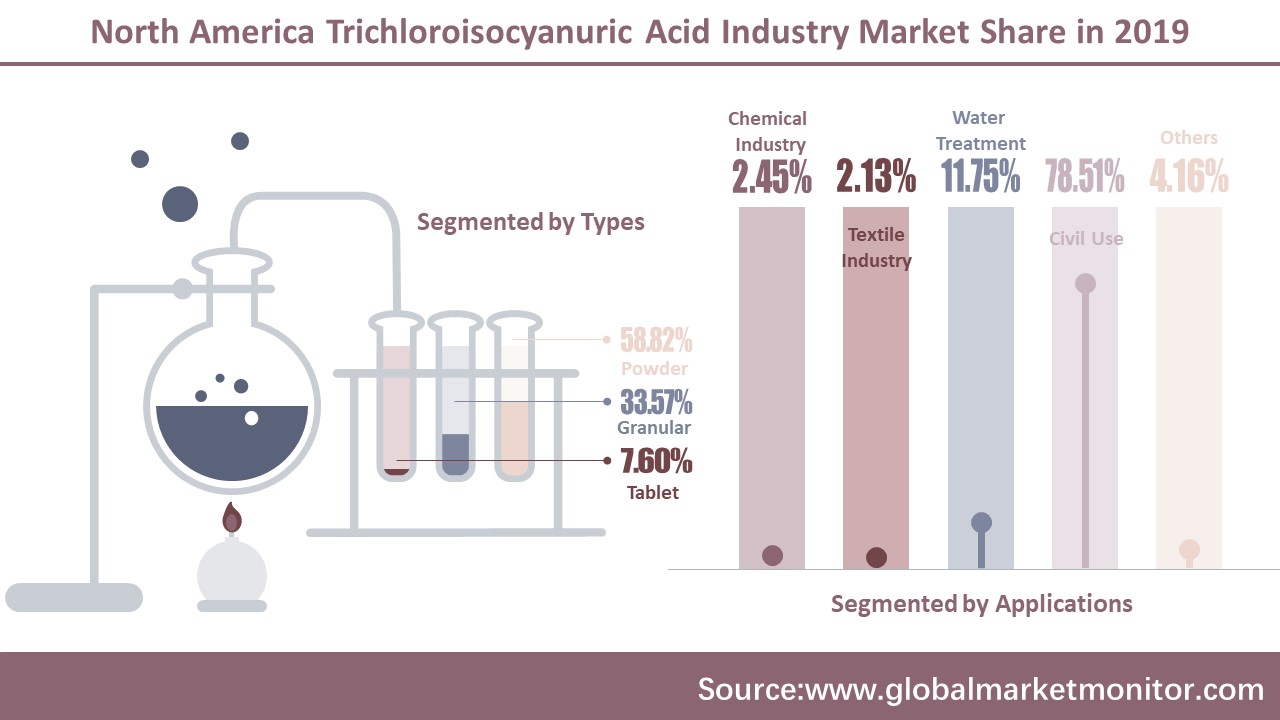 From the perspective of downstream applications, the civil sector occupies the vast majority of the market. In 2019, the share of the consumption of trichloroisocyanuric acid in the civil sector is up to 78.51%.  Followed by water treatment, accounting for 11.75% of the market;  Other sectors, such as chemical industry, prevention industry and others, have lower consumption shares, all below 5%.

The United States is the largest market by revenue, accounting for nearly 80% of the market value

Now, the Commerce Department has determined that trichloroisocyanuric acid, a chemical imported from China for disinfection purposes, is subsidised and intends to impose countervailing duties on such imports from China.  The US Department of Commerce will notify US Customs to impose countervailing duty deposits on such products.  This will reduce the international competitiveness of the market to some extent and help the development of North American smes and new entrants. 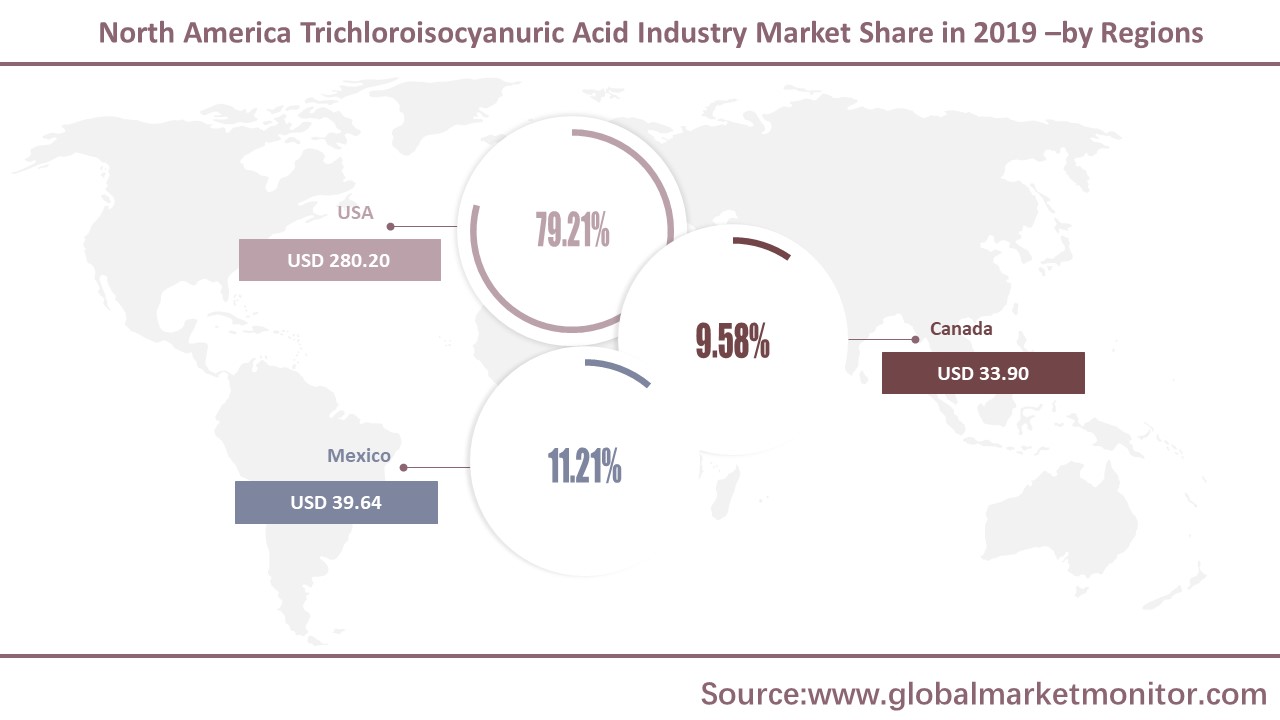 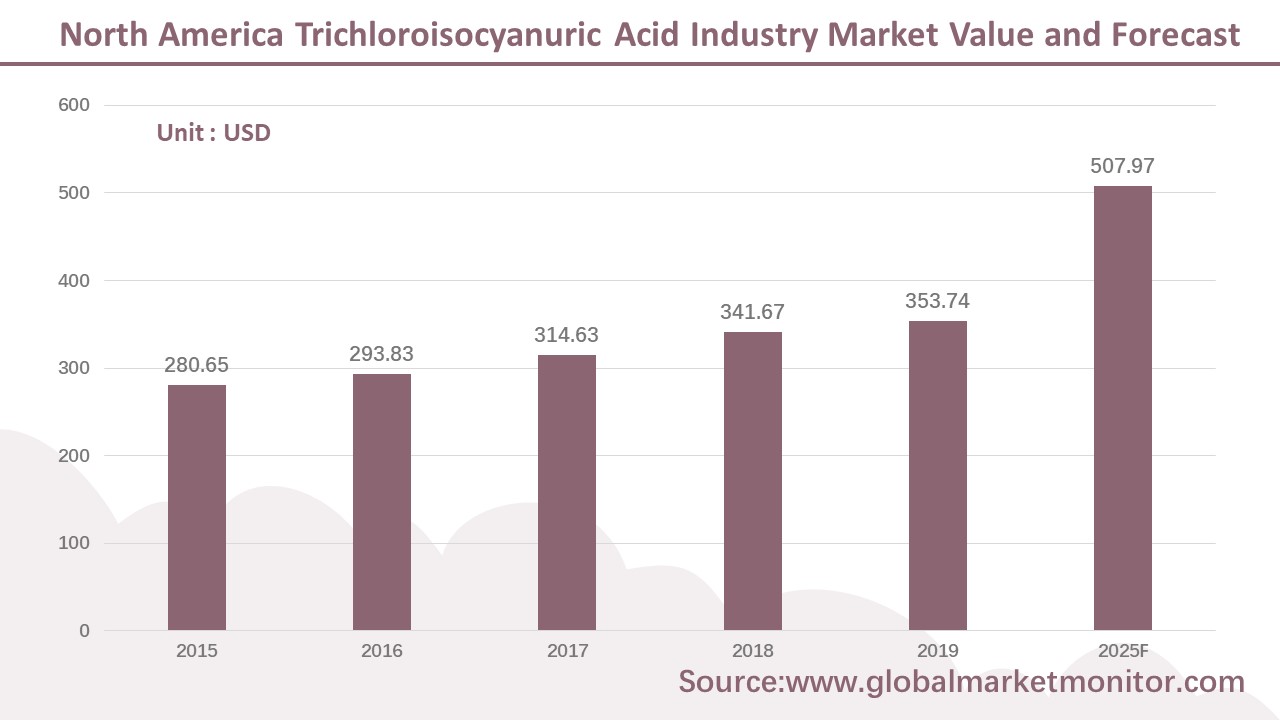