A rail wheel (Railway Wheel) is a type of wheel specially designed for use on railway tracks. A rolling component is typically pushed onto an axle and mounted directly on a railway carriage or locomotive, or indirectly on a truck. Rail vehicle wheels support the full load of the vehicle and, like axles, are important components to ensure the safe running of railway trains. Rail Wheel (Railway Wheel) market can be classified as BA004, BA303, BA318, BA319, BA314. Among them, BA004 occupies an important position, and BA004 accounted for 24.40% of the market share in 2019.

Metro is a type of high-capacity public transport generally found in urban areas. Unlike buses or trams, Metro are electric railways that operate on an exclusive right-of-way, which cannot be accessed by pedestrians or other vehicles of any sort, and which is often gradeseparated in tunnels or on elevated railways. A Passenger trains is a piece of railway rolling stock that is designed to carry passengers. Amtrak is the government-owned passenger train system in the United States. Light Rail Vehicles is a form of passenger urban rail transit characterized by a combination of tram and metro features. While its rolling stock is more similar to a traditional tram, it operates at a higher capacity and speed, and often on an exclusive right-of-way. A locomotive or engine is a rail transport vehicle that provides the motive power for a train. Wagons are unpowered railway vehicles that are used for the transportation of cargo. 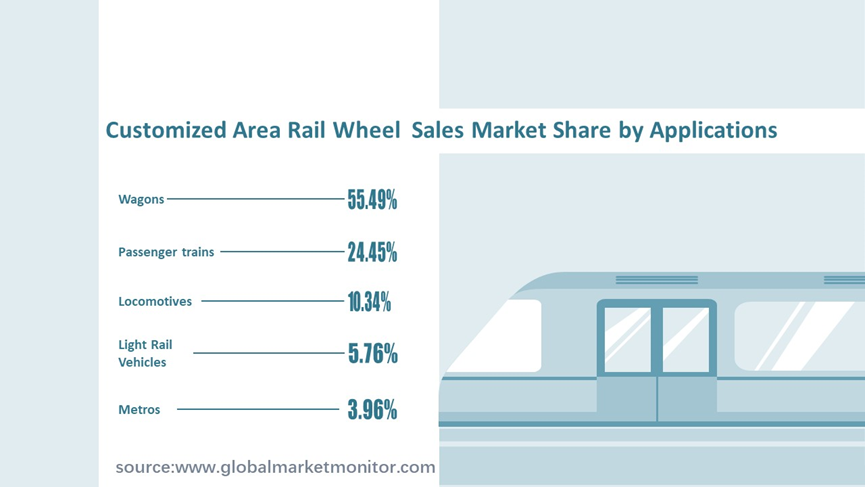 Europe is the largest market of rail wheel

The main markets for the world\'s rail wheels are in the Asia-Pacific region and Europe (mainly Spain, Germany, the United Kingdom, etc., which are vigorously developing high-speed railway systems). In 2020, the market share of the European region is 28.33%, ranking first, and the market share of the Asia-Pacific region is 27.83%, ranking second. The development of the rail wheel industry in the Asia-Pacific region has a small gap with the European market share. In recent years, there has been a lot of investment in rail transit projects in developing countries, among which Southeast Asia and West Asia are more concentrated, and Europe and the United States are generally for replacement and maintenance. With the development of railroads in various regions, the demand for wheels will further increase, and the quality requirements for wheels will be more stringent. The service time of each wheel is about 5-10 years, and after repair and maintenance, it can provide longer use.

The custom regional rail wheels market size in this report is forecast to reach USD 1920.40 million by 2025. The key components of rail vehicles are the essential components of national economic construction. Under such a big trend, the rail vehicle wheel industry has broad prospects. From the perspective of industry characteristics, industries such as subways, railways, and light rail have certain cyclical characteristics. They are capital-intensive industries and are subject to strong policy control. Therefore, the growth of rail vehicle wheels also has certain cyclical characteristics. Rail remains one of the most common modes of transportation today, helping society continue to grow in times of rapid urbanization, so rail vehicle wheels remain a promising market. For countries with relatively underdeveloped infrastructure but high GDP growth and active infrastructure activities, the potential market for the railway wheel industry has great growth potential, especially in Asia-Pacific regions such as India, Southeast Asia, and the Commonwealth of Independent States. The competition in the low-end product market in these regions is very fierce. In order to seize the market, competitors and new entrants in the industry need to pay attention to product upgrades and technological innovations. 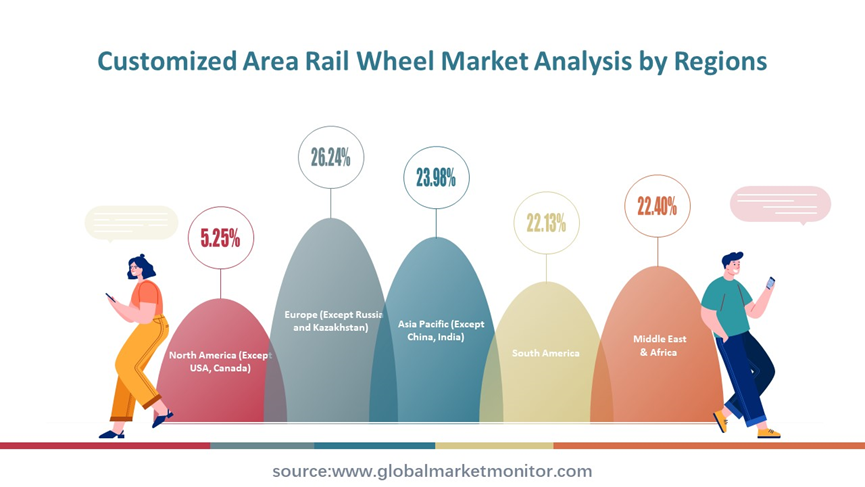 The development of electromagnetic rail systems, maglev trains, etc. may slow down the development of the rail wheel industry. Compared with other traditional trains, these special trains take less time to reach their destination. These trains also have no friction parts, so the tearing and maintenance costs of the parts are extremely low. In addition, the development of transportation methods such as automobiles, civil aviation, and pipelines, especially the increase in the ownership of cheap and efficient vehicles, has led to increasingly fierce competition in the transportation market, which is not conducive to the development of the railway industry and affects the demand for rail wheels. Due to the increasing emphasis on environmental sustainability, the integration of solar energy with current railway network infrastructure has also increased. It is expected that this will also make a huge contribution to the rail wheel market. In addition, technological advancements have led to the emergence of smart railways, which has also elevated the global railway wheel market. This industry is facing a fierce competition. Increases in players within the industry will pose a threat to existing market share. With the continuous development of the market, the global rail wheel industry is facing fierce competition. The increase of participants in the industry will pose a threat to the existing market share. The developing regions are mainly low-end products, and high-end complex products are mainly concentrated. In developed regions, uneven development among regions will hinder the overall growth of the industry. 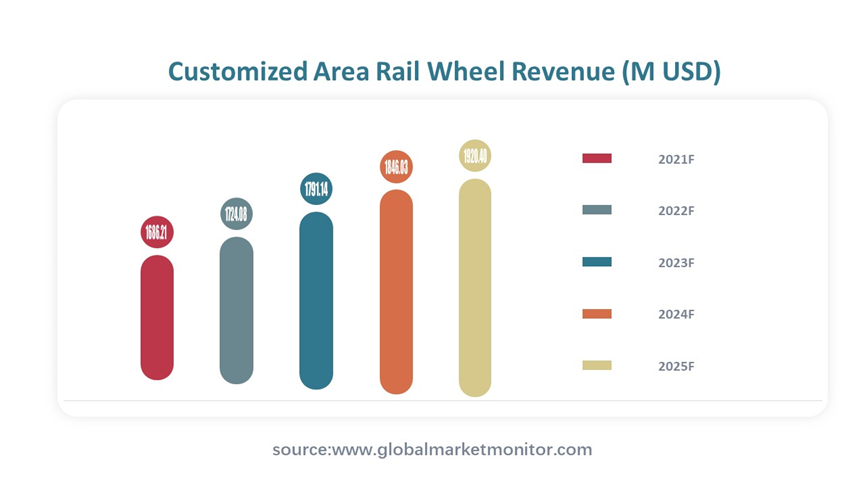