Diversified Demand for Automotive, Advertising, and Printing Increases, GCC Self Adhesive Vinyl Market Has a Lot of Development Opportunities

Self-adhesive vinyl is a flexible and versatile material that can be used to create striking signs and logos for commercial or personal use. It is often used to create outdoor and indoor graphics for advertising, but can also be used to decorate walls, windows, and other areas in an office or home. 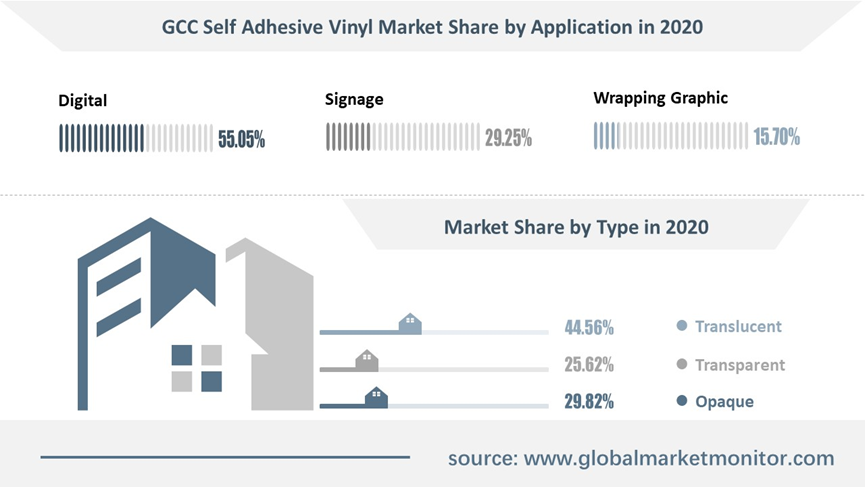 The Market Concentration of the Self-adhesive Vinyl Industry is Very High, and Leading Enterprises Have Absolute Advantages 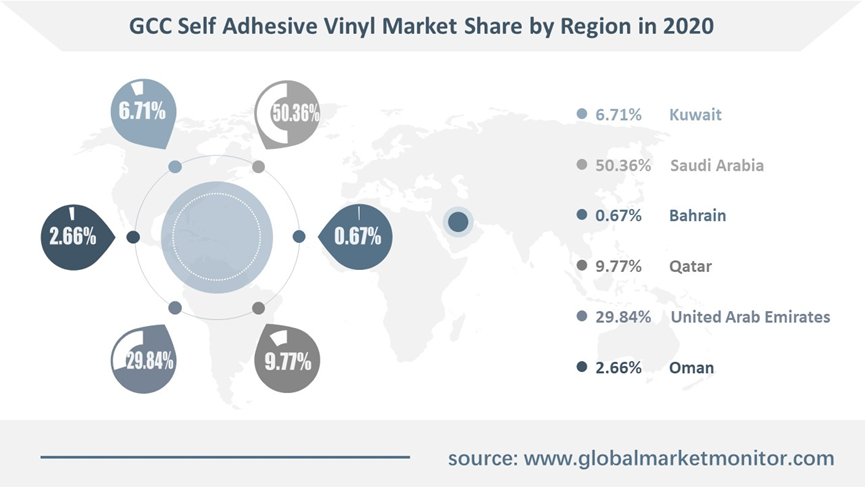 There are many self-adhesive vinyl manufacturers in the GCC, but due to the continuous expansion of the application scope of downstream products, the competition of self-adhesive vinyl manufacturers in the GCC is relatively stable and orderly, and the market price is relatively transparent. At the same time, since the GCC self-adhesive downstream manufacturers are mainly located in economically developed regions such as Saudi Arabia and the United Arab Emirates, some self-adhesive manufacturers with convenient geographical locations have formed certain advantages in some areas. They have pressure not only from small producers, but also from multinational corporations. The pressure of the former is mainly reflected in the low-end product market, while the pressure of the latter is mainly reflected in the key components and technologies of high-end products. The self-adhesive vinyl industry has high asset-specific barriers, low reusable value during industrial transfer, high sunk costs, and large export barriers.

In the past decade, the advertising industry has developed rapidly, and its transformation has provided a huge space for companies to carry out outdoor and indoor marketing activities. Accelerating infrastructure development projects and increasing the number of shopping malls and other commercial establishments in the United Arab Emirates and Saudi Arabia due to rapid urbanization in the United Arab Emirates and Saudi Arabia have forced manufacturers to develop self-adhesive vinyl operations to increase the availability of their printing materials, so as to adapt to various architectural elements.

In addition, the technology used in car packaging has become one of the most effective techniques for concealing scratches in the past decade, and this trend has also sparked a boom in car customization. The development of digital printing has increased the demand for self-adhesive vinyl, and also provided the possibility for infinite innovation in the field of graphics. Significant developments in sign-making tools over the past few years have positively impacted the market demand for self-adhesive vinyl and this trend will continue throughout the forecast period. In the self-adhesive vinyl film market in Saudi Arabia and the United Arab Emirates, the application in the automotive industry and the development of tapes and labels will bring more growth opportunities to its market. 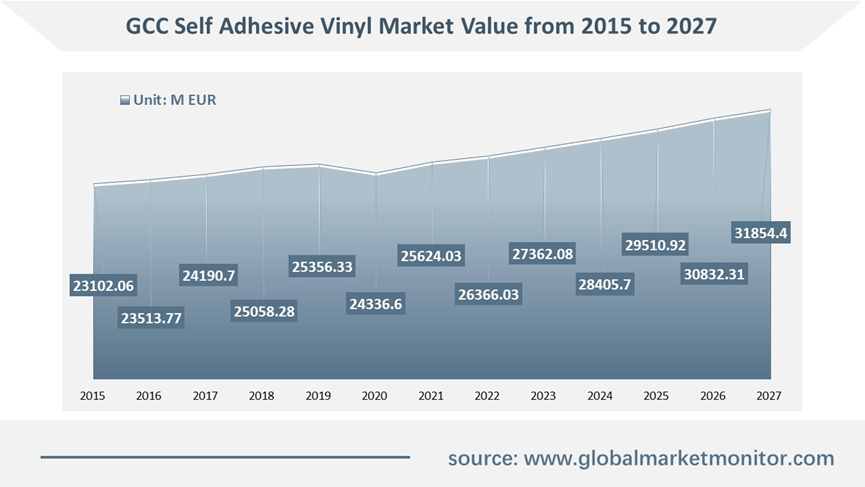 The strictly regulated production process of self-adhesive vinyl by the government owing to the release of harmful air pollutants, which may affect the growth of the market. In addition, the use of PVC self-adhesive vinyl is inherently non-biodegradable, which has caused restrictions in the UAE and Saudi markets, as well as by international regulators, thus hindering the sales of manufacturers operating in the self-adhesive vinyl market.