Laptop Industry is Growing Well, and the Slowing Replacements and Alternatives may be Hindering Factors

With the development of the retail industry, e-commerce in China is likely to grow at the fastest rate due to the ease of use of shopping websites, convenient alternative methods and fairly favorable discounts. In addition to maintaining traditional distribution channels, the adoption of new online retail formats will be crucial. New technologies may lead to more efficient delivery or production methods and improved product functions. Laptop manufacturers in China has adopted many new measures to encourage consumers to shop online, including flexible delivery methods. The e-commerce field has become an integral part of the China Laptop industry. The addition of attractive features such as free returns and extensive delivery options is driving the development of e-commerce. In recent years, well-known brands have taken a series of measures to develop their online image, such as introducing apps, redesigning websites, advertising and introducing discounts to attract customers\' attention. 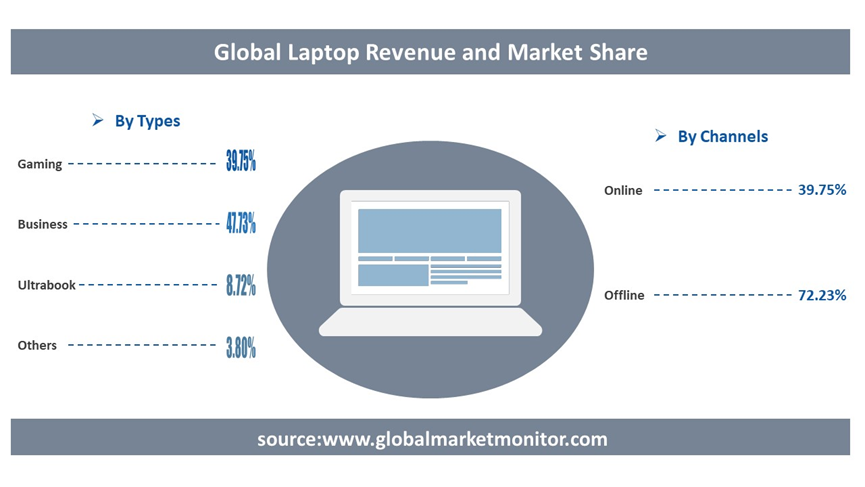 In the next few years, with the continuous development of smart phone performance and screens, and Laptops become more and more thin and light. As a product between smartphones and laptops, the tablet computer\'s market share will be compressed by smartphones and laptops. The emergence of hybrid, thin and light Laptops indicates that the Laptops are transforming towards intelligence, portability, specialization, and commercialization. It is expected to attract back some users who were previously diverted by tablet computers. At the same time, under the background that the tablet computer market itself is close to saturation, many manufacturers who previously focused on Android tablets have now turned their attention to two-in-one laptops using Windows systems. Therefore, as the impact of tablet computers on the Laptop industry gradually fades, the emergence of thin and two-in-one Laptops will further stimulate the Laptop market demand and pull the Laptop industry into a new round of growth cycle. 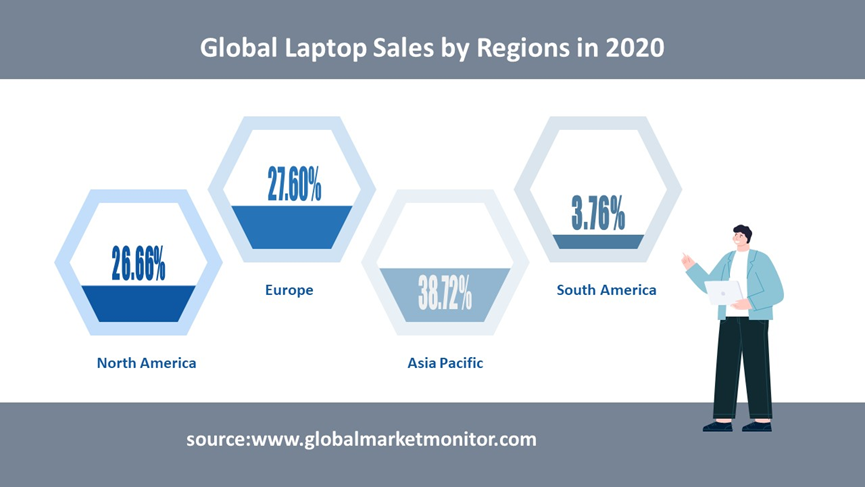 Technological Advancement Drives the Development of the Laptops Industry

Looking back at the history of consumer electronics products, we can find that technological progress is an important driving factor in the industry, and technological innovation and technological route selection determine the direction of the future market. Widely attractive application scenarios put forward higher requirements for Laptop performance, and are also an important factor affecting future Laptop market demand. In the development process of Laptops in the past few years, although the industry has grown rapidly, the appearance of its terminal products has not changed much. The homogeneity of products among major brands is relatively serious, and the innovation of Laptops mainly focus on better display, touchpad and battery life. With the maturity of emerging technologies such as folding screens and multi-screens, the future application space for Laptops is broad, and the appearance of Laptops will also be everchanging.

With the rapid development of the network and changes in user needs, major brands have begun to launch multi-screen laptops. Among them, Microsoft’s Surface is well-known, Lenovo’s YOGA, HP’s EliteBook, ASUS’s ZenBookPro, etc., have all performed very well. For the first time, this type of laptop adopts the form of separating the main unit and the keyboard. It has more changes in shape and is more portable which is capable of more usage scenarios and greatly improves the consumer experience of users. At the same time, as Lenovo released the world’s first foldable laptop ThinkPadX1, which can be folded into a 9.6-inch size, the portability is further improved, and it is compatible with the scenarios used by the functions of ordinary notebooks and tablet computers, and also enriches market\'s imagination of future notebooks. Therefore, driven by emerging technologies such as 2-in-1 hybrid laptops, foldable displays, new hinges, and dual displays, the laptop industry is gaining momentum.

The replacement speed of laptops has slowed down and the life cycle has been extended. In the past, laptop hardware has improved rapidly, and the cycle for users to update notebooks is relatively short, about 2-3 years. In the past few years, new notebook hardware has not been improved significantly, and software can be universally upgraded through upgrades. Therefore, users are not willing to buy a new generation of laptops, which has extended the life cycle of notebook products in disguise. 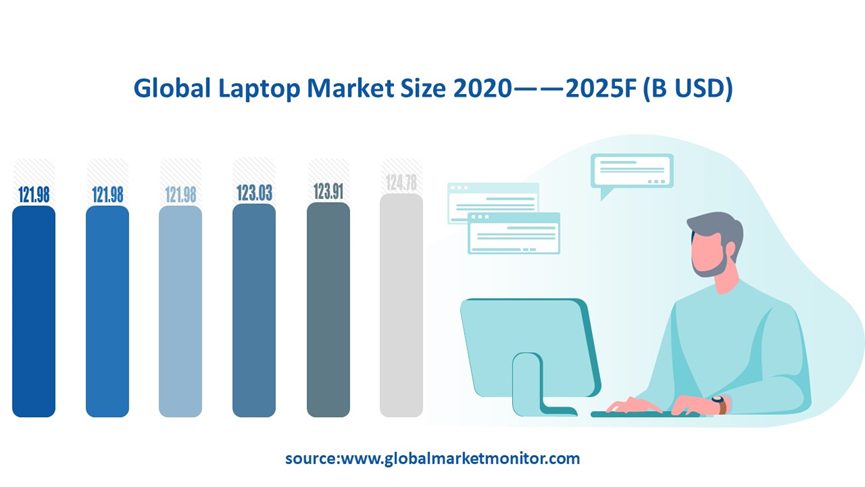