In the field of industrial applications, sealing refers to parts used to prevent fluids such as liquids or gases from leaking from adjacent surfaces of mechanical equipment gaps, and to prevent external impurities such as dust and moisture from intruding into machinery and equipment, widely used in petroleum, chemical, metallurgy, and aviation to ensure the normal and stable operation of equipment. All rotating machinery that transports or stirs fluids, such as compressors, pumps, reactors, need to use seals which account for a very low proportion compared with the value of the entire facility and equipment, but their performance is important for ensuring the safe and stable operation of equipment and environmental protection.

Seals generally work in a high-pressure, highly corrosive environment, in which the work loss is large, leading manufacturers to have high-frequency seal replacement needs. In summary, the seals have very high-quality industrial consumable attributes, and high-quality seal manufacturers can obtain excess profitability. 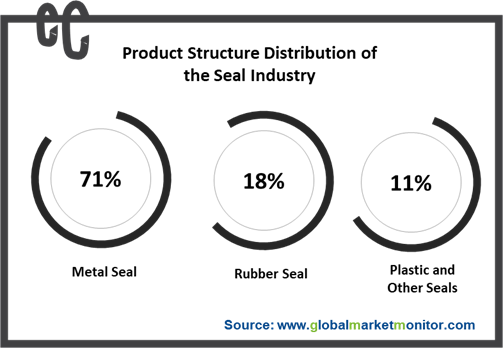 Mechanical seal is a kind of dynamic seal. After years of technical accumulation and development in the domestic mechanical seal industry, the technology and products in the field of ordinary mechanical seals are becoming more mature. Most of the application fields can replace imported products, with performance close to foreign products, but high-end products are still in a passive situation of relying on imports. Only a few domestic companies with certain R&D, design, production, and service capabilities to compete with foreign companies in the high-end market.

The Overall Situation of the Sealing Industry Is Optimistic

The seal manufacturing industry has made considerable progress Over the past 30 years of reform and opening up, which has grown into an independent industry that can meet various equipment requirements and has certain international competitiveness, as an important basic industry for domestic machinery industry and contributes to the construction of the national economy.

The manufacturing of metal seals refers to the seal production activities using metal as raw materials. In the 30 years of reform and opening up, the metal seal manufacturing industry in China has grown rapidly and made great progress. At present, the industry has fully developed into a competitive industry, whose international influence has also increased. In 2016, the metal seal sales revenue of China was 73.905 billion yuan. However, affected by the transformation of the domestic industry, the metal seal segment is severely affected by downstream industries, and its market size fluctuates greatly.

Rubber seals are mechanical basic parts, which play an important role in the industrial development of a country or region, and are an important guarantee for the performance, quality, reliability, and durability of mechanical products. The more modern and high-level main engine, the higher the requirements for its supporting basic components. For a long time, mechanical basic parts are a product category that developed countries are competing to develop, which have received more and more attention from countries. In 2016, the rubber seals market in China reached 20.78 billion yuan, a year-on-year increase of 17.66%. 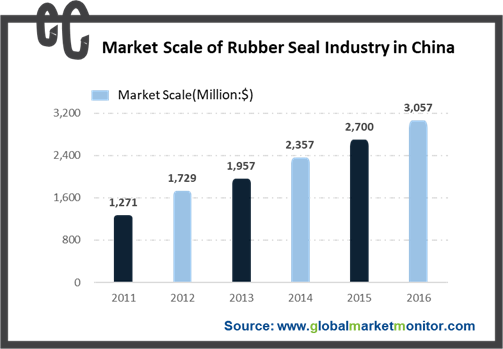 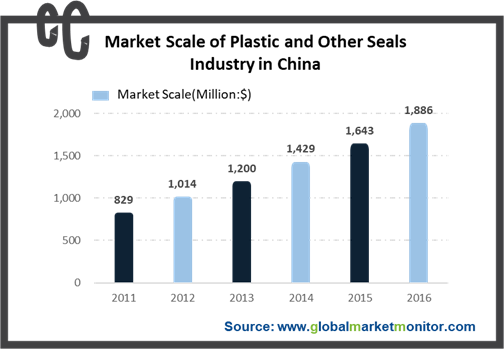 Mechanical seals are industrial consumables, and downstream customers have strong stickiness and consumption attributes, ensured by its professional and importance, in which the replacement cycle of mechanical seals for pumps is generally 6-12 months.

In July of this year, the National Pipe Network Company entered the normal operation stage and has now begun to invest in construction, which has a big demand for seals. The market size is expected to exceed 7 billion yuan in 2020. 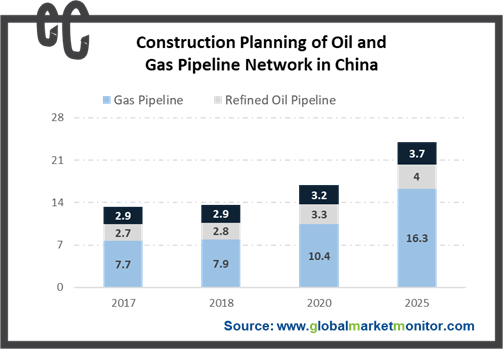 The coal chemical industry focuses on strengthening technology and equipment innovation. All coal chemical projects need to be equipped with a large number of pumps and compressors, and need the support of important parts such as mechanical seals. The use of mechanical seals will have a long-term stable development space. Besides, electric power is a basic industry related to the national economy and people's livelihood, as well as the overall economic and social development. The development prospects of the power industry are very broad. The demand for mechanical seal products in the power industry will increase significantly. 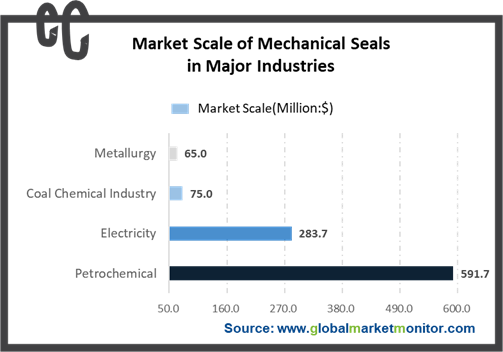 Although in recent years, driven by market demand, the mechanical seal industry has achieved rapid development, but in the field of high-end products, it is almost monopolized by powerful countries such as the United States, Japan, and Germany. Under the background of starting the domestic cycle, the localization of seals is an important guarantee for the safety of the oil and gas supply chain. Domestic manufacturers are expected to ride the wind and waves and continue to erode the market share of international leaders.

Sinoseal Holding is the absolute leader in the domestic mechanical seal field, whose market share in the incremental market can reach 40%. The product performance is high-quality. In 2019, Sinoseal Holding's turnover was 710 million yuan, an increase of 42% year-on-year, of which more than 90% of revenue is related to seals. 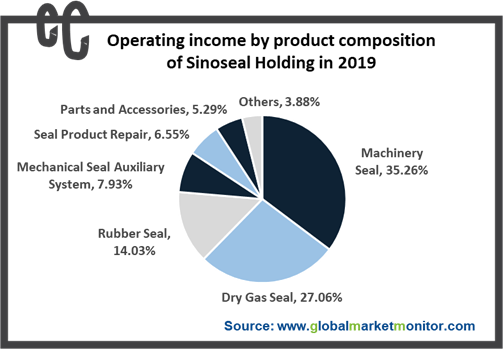