European Subsidies Are Stronger Than China

However, the European new energy subsidy policy continues to be strengthened. On May 19, the European Union proposed to include electric vehicles in the green economic recovery plan, which specifically includes four aspects. The first is to promote an energy vehicle procurement plan for 20 billion EURO in the next two years. The second is to establish an energy vehicle investment funds between 40 and 600 billion EURO. The third is to build 2 million public charging piles before 2025, and the last is to exempt zero-emission vehicles from VAT.

The Penetration Rate of New Energy Vehicles in Major European Countries Has Increased, But the Market Space Is Still Very Huge The acceleration of new energy vehicles in Europe benefit from not only the increased subsidies but also the EU mid-term carbon emission targets for passenger cars, which will impose direct fines on fuel vehicles that exceed the standard. Nearly in 2021, European car companies will accept huge fines without any change. Based on the carbon emission levels of various car companies in 2017, if Volkswagen will face a maximum fine of 9.2 billion EUROS in 2021. 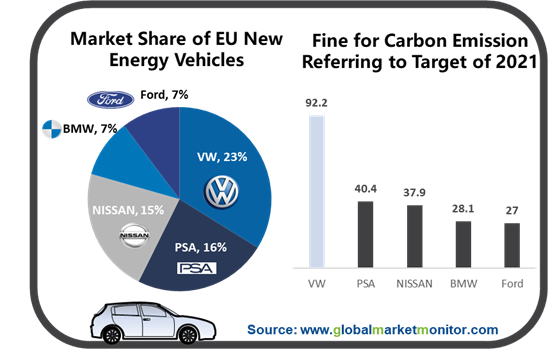 The Electrification Process in Europe Is Accelerating, Promoting the Development of The Global New Energy Vehicle Industry

The acceleration of the European car electrification process has driven the development of the global new energy vehicle industry chain. The new energy vehicle markets in various countries continue to follow up. It is estimated that the sales of new energy vehicles in Europe will reach 2.72 million and 2.53 million in the domestic market in 2022. 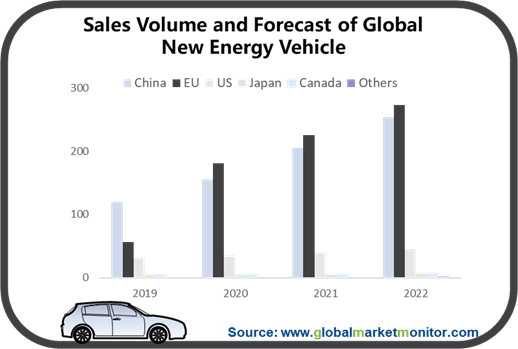 The development of new energy vehicles will undoubtedly increase the demand for power batteries. CATL is the main power battery supplier in the global market, accounting for 24.5 percent of the global power battery installed capacity, which has dominated both domestic and abroad market. 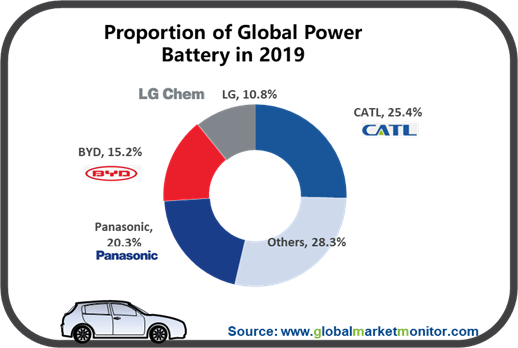